An extra day in paradise 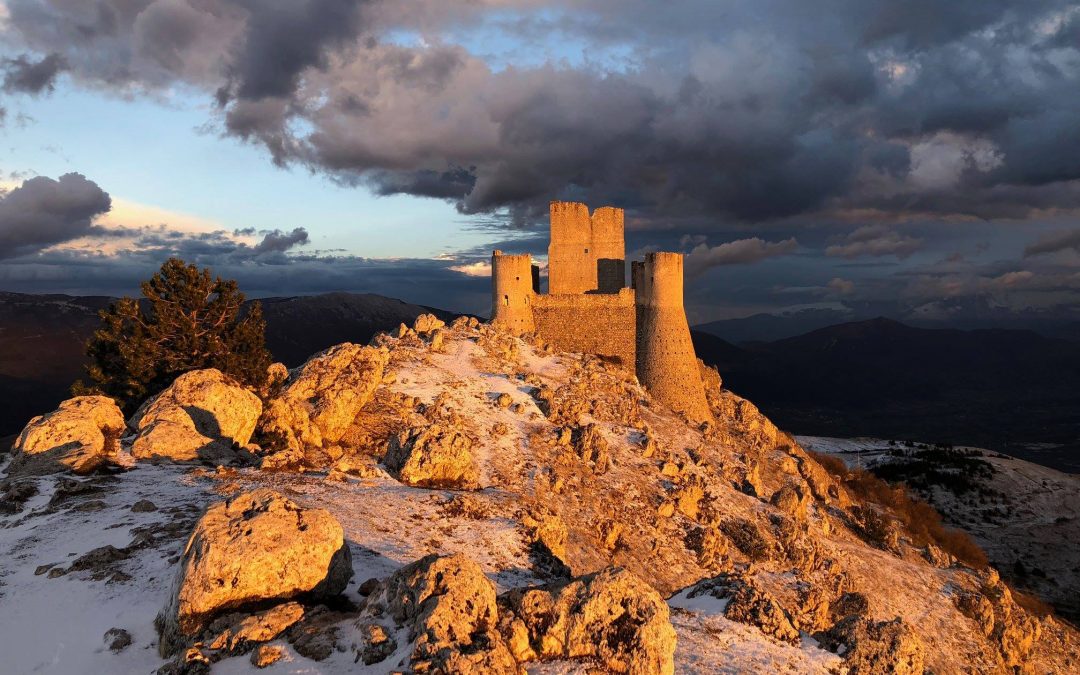 So my flight home had been cancelled, I would now be returning to the UK a day later, but what could I do with this extra day I had gained in this place I call paradise?
Abruzzo to me was everything I had ever been looking for, in one magical, wild and spectacular part of central Italy. I stopped the car and got out, the warm air was full of the heady scent of curry plants and the sound of church bells ringing in the distance, it was a glorious day, the sort of day that makes you feel good to be alive! This day is mine I thought, I could do anything I want, just for me, all alone.

I continued ever upwards on the winding mountain road, savouring every twist and turn, I passed through medieval hilltop villages that were seemingly abandoned, eventually I parked the car just outside a village called Rocca Calascio, a beautifully restored medieval borgo. But where is everyone I thought to myself, is this village still abandoned? I looked at my watch, ah of course; it was lunchtime and in this part of fiercely traditional Italy, everybody would be eating a leisurely and delicious lunch.

I explored the narrow meandering streets and followed my nose, I soon discovered as if by chance, a little unassuming rifugio that was indistinguishable from the other rustic stone buildings, except for the fact that it was filling the air outside with the most alluring aroma of fresh homemade pasta dishes.

I ducked under the low doorway and entered into the dark interior, I was greeted by a six foot three tall Italian; “buongiorno”, “buongiorno” I replied, “any chance of pranzo for uno” I enquired in my best Italian.
“Ah! you’re English”, the man replied in considerably better English than my Italian. “Please come in and take a seat” he beckoned to me to follow him into a rustic room packed with all the missing Italians from the village.
I sat down and glanced around me, bright sunlight was streaming in through the tiny windows illuminating tables covered in a variety of different looking delicious dishes.
The tall man came to my table and asked what I was doing there on my own, I explained about my flight being cancelled and not being sure what to do with my extra day.
He then introduced himself properly; “I am Paolo the owner, you don’t want to sit inside this restaurant on such a beautiful day, I will make you a packed lunch and you must go for a walk on the Campo Imperatore”. He seemed most insistent that I should leave immediately, so reluctantly looking around at all the mouth-watering food and feeling more than just a bit hungry, I agreed.

The landscape started to change from green round hills covered with trees to a much drier, sparse, jagged & lunar looking one, with gleaming white rocks littering the landscape. I was heading right up into the high mountains, suddenly the road descended and veered sharply round a corner to reveal the spectacular sight of the Campo Imperatore. As far as the eye could see a wide flat meadow stretched out in front of me, flanked by a line of impressive rocky mountains towering on one side and a line of lower looking softer mountains on the other. There were huge dry river beds emerging from the mountains, like giant motorways making there way onto the plain, I tried to imagine what they would look like in spring full of melt water cascading its way down into the valleys below.

The sun cast an afternoon golden glow and the sky was an alluring azure blue, I was completely intoxicated by this utter perfection and I just couldn’t wait to get out of the car.
I travelled a little further down and parked on the roadside, put my boots on, packed my rucksack with my picnic lunch and water and set off.

My favourite thing to do in the world is to walk off path, in a wild mountain landscape with no other humans anywhere in sight.
I started to walk on the uneven ground, it was dotted with strange plants and white rocks painted with vivid red, yellow and orange lichens. I walked on silently, my senses heightened, soaking up every sight and sound, only stopping to marvel at unfamiliar looking plants, strange sink holes and to feel the gloriously tactile texture of a rock. The afternoon sun was starting to sink ahead of me and the shadows started to lengthen, the detail all around me became more and more vivid. It really was too glorious for words.

Suddenly as if by design I came across an armchair shape rock facing the mountain massif and bathed in the afternoon sunlight, this would be my lunch stop I thought. The view was impressive to say the least, whilst daydreaming I thought back to Paolo’s words to me in the restaurant and I agreed how right he had been.

I munched my why through my huge salami and tomatoe sandwich and subsequently started to feel a bit sleepy. Another one of my favourite things to do in the world is to fall asleep in the sunshine all alone in the silent wilderness. I say silent, but in fact it wasn’t, my ears were being filled with the hypnotic sound of thousands of crickets chirping away, this natural melody only helped to make me feel even sleepier. I made myself comfortable and closed my eyes under my sunglasses; I soon drifted off lulled to sleep by the soothing sound of the crickets.

Some time later, I became aware that I was not alone and I slowly opened my eyes under my sunglasses, however I was not fully awake and my eyes were not fully adjusted to the bright light. Slowly my eyes started to become accustomed and I started to look around me but without moving, as if paralysed. As my immediate view came into focus, my heartbeat increased, I was surrounded!

As if out of the blue, six huge heads had appeared and were all staring down at me, I was dazed, confused and motionless. As my heartbeat started to return to normal, my eyes and brain started to connect and I realised that the huge heads were the heads of wild horses. They stood motionless looking at me enquiringly through their big eyes, I in turn stayed dead still, it was a standoff. It was as if they weren’t sure what I was, was I even alive? I didn’t want this amazing moment to end, so I kept completely still and the standoff continued. Their nostrils twitched and they sniffed and snorted as if tasting the air to try and determine what I was? This bizarre and dreamlike situation had now been going on for probably ten minutes, but it seemed much longer. I was starting to get pins and needles in my legs from sitting on the hard rock and I was going to have to move. I moved my legs a little, very gradually but to my dismay all six of the hoses jumped back and neighed, my legs were now almost numb and knew that I was going to have to get up.

I tried to get to my feet very slowly, but as I did all six horses backed off further and then grouped together. Desperate, I stood up and tried walking towards them, but alas they now saw me as a potential threat and turned and all galloped away into the distance.

It was late in the day now and the sun was low on the horizon so I started to make my way back to the car. On the way I thought how privileged I had been to have had such an amazing experience in my extra day in paradise. 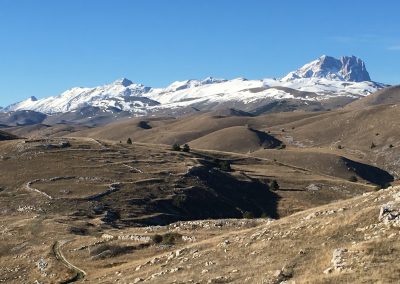 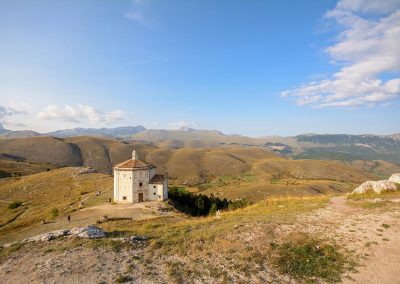